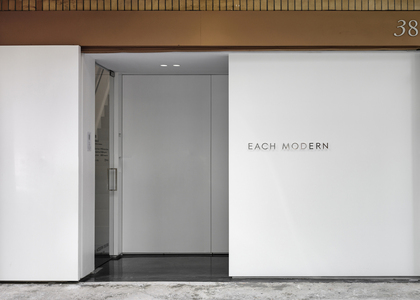 “In my mind the art market is like modern society: there is always an invisible hand controlling it.”

Each Modern is pleased to present Desert a new body of work by Chinese artist Xu Qu. Born in 1978 in the city of Nanjing, Xu is an important and highly regarded artist in the international art world, having exhibited in institutions and galleries such as the Louis Vuitton Foundation, Almine Rech, Sadie Coles HQ, Massimo De Carlo and other institutions. Xu Qu studied at the Nanjing Art Institute and earned his postgraduate degree at the Braunschweig University of Art in Germany in 2008. Since returning to China, he has developed an eclectic and richly varied practice that displays a contemplative focus for power relations. Like many from his cohort, his education abroad directed his practice towards an awareness of global exchange and displacement. This obsession has been expressed in many ways, illuminating power relations not only in the potential and capable sense, but also a kind of kinetic and physical power.

Desert pulls its title from Eric Voegelin’s philosophical treatise “Order and History” which explores humankind’s relationship with order. “Desert” in this context relates to a primordial space outside society where prophets would be able to receive the transcendental words of God which were foundational in establishing a unified society. Both series in this exhibition address different aspects of this setting and transmission. In the “LSD” series, a new body of work made for Xu’s inaugural Taipei solo exhibition, stamp-like “blotter sheets” contemplate the means of attaining an interior transcendental space. In Xu’s “Conversion” series, a continuation of his “Currency Wars” paintings, the artist reexamines global currencies, though this time through the value relationships that are inherent in this kind of system.

LSD (lysergic acid diethylamide) is a hallucinogenic drug that came to prominence across the world in the counter culture movements of the 1960s. With its strong hallucinogenic properties, it was thought of as the key to unlocking the mysteries of the mind and human consciousness through transcendental psychedelic experiences. In the “LSD” series, large canvases composed of winding labyrinthine patterns are presented across numerous tableaus comprising each work. Created with a decolorizing agent, the lines of these spirals are soft, nearly bleached from the acrylic paint on the canvas. These forms are less structural and more pattern-like, imbuing the works with tribal motifs while still tied the human and the universal. These patterns were formed with a variety of materials, like branches, brushes, and syringes. Each tableau is framed within its perforated borders, like a stamp. Xu emphasizes circulation, movement and the challenge of unlocking the transcendental. Taken in their totality, the works present a language that is obfuscated and mysterious. These strange rune-like abstract forms, with lines dissolved rather than painted, lend themselves to an enigmatic air, almost beyond the conventions of human understanding, perhaps even supernatural or divine. As a “tab” of LSD, Xu may be pointing towards movement through a labyrinth of the mind.

In “LSD BBG-2”, 2019 - 2020, a human brain is rendered like a maze, alluding to an interior complexity or a puzzle. Similar to Xu’s Maze series, these works present complete topographies, not unlike a map. Like the prophets in their desert, a space removed from society in needed to hear a voice of transcendental order. In Xu’s new works, a kind of chaos is shown that must come before order.

In the “Conversion” series, Xu presents abstract geometric compositions which come from zoomed-in views of various currencies. These works are a related to the artist’s “Currency Wars”, a series that examined money’s circulation in our modern world and the invisible forces that guide it. Xu’s new body of work identifies the specific value relationships that exist between these currencies. In the systems of the global economy, there is always a hierarchy and there is always a means of conversion. Each works features a raised set of numbers corresponding with its exchange rate with an unnamed currency. These digits also represent frozen moments in time, capturing the currencies in their fluctuations. In “10.7829”, 2020, a long string of numerals is embedded on to the surface of this magnified view, suggesting that this relationship is inherent, unseen, and inseparable in the systems through which they function.

The formal characteristics of “LSD” and the “Conversion” series continue Xu's exploration of the hidden that guide the modern world. The multi-layered meaning of “LSD” may allude to a transcendental interior space that must be attained to find meaning and order. “Conversion” may represent the inequalities and dynamic relationships that exist across the disparate global currencies, each with their own value, though linked. Xu’s “Currency Wars” was a prophetic series that intuited the ongoing trade wars between global powers. In the global pandemic context of 2020, it seems Xu’s new body of work may prove to be a similar symbol, as humans across the world struggle to make sense of a new global chaos and attempt to imagine a new sense of order. 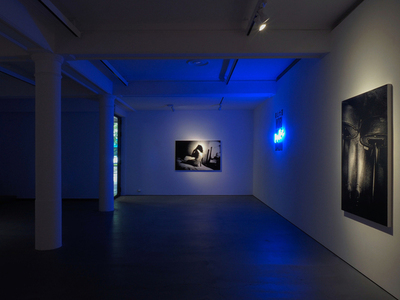 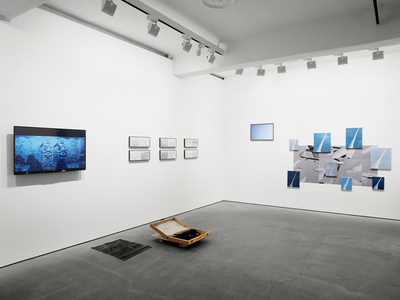 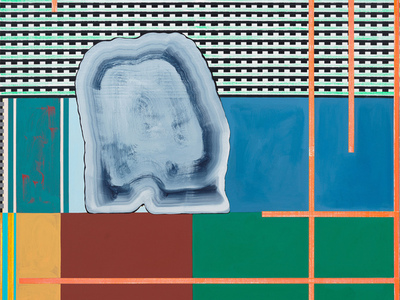